Quick hits on the second-place Tribe 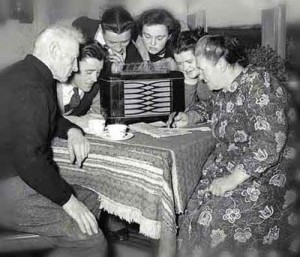 Some quick thoughts in the aftermath of the Cleveland Indians falling back into second place after losing to Detroit on Thursday by a score of 6-2.

We had the opportunity to work from home today and, by luck, the Indians were playing an afternoon game.

But for some ongoing reason that continues to vex us, SportsTime Ohio decided they were not going to televise the game. Why? Who knows?

This is one of those situations we will never figure out. The announcers and the equipment are already in Detroit – why are you not televising the game?

So we were forced to turn back the clock to 1942 and listen to the Indians on the radio. Which isn’t a bad thing, really, we all know Tom Hamilton in the man and all, but the drawback to listening to a game on the radio are the insipid commercials you have to endure from WTAM.

Promos for Glenn Beck and Mike Trivisonno, First Energy, some kind of hot dogs, we don’t know. It was mind-numbing and an embarrassment, to put it bluntly.

We thought the endofamerica.com guy was bad on Sirius, but he’s got nothing on WTAM.

We’ve been feeling sympathy for the Tribe’s starting pitchers as the team has gone through its recent offensive slump – scoring two or fewer runs 10 times in their past 15 games.

It can’t be easy taking the mound knowing if you give up a couple of runs the game is essentially over.

But those sympathetic feelings have been tempered lately as we’ve watched the Indians put up a couple of runs only to see the starter go out the next inning and give those runs right back.

It happened Wednesday with Fausto Carmona – after the Tribe put up four runs in the fourth to come back from a 3-0 hole, Carmona gave a run right back to the Tigers in the bottom of the inning.

Same thing today – the Indians actually scored twice in the top of the first and then Mitch Talbot gave both runs back to the Tigers in the bottom of the inning.

Is it really too much to ask these guys to hold a lead when the Indians actually get one?

Cord Phelps (.063 average since being promoted) was never going to turn the slumping Indians around by himself, but having him in Cleveland may be paying dividends nonetheless.

Since Phelps joined the team last week, Orlando Cabrera, the likely candidate to lose playing time to Phelps, has hit .313.

So, if nothing else, Phelps presence has lit a fire under Cabrera’s butt.