The five greatest words in sports 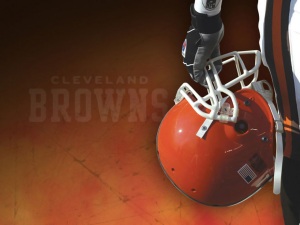 The Browns are back baby!

The NFL and the players finally signed a settlement agreement on Monday, approving a 10-year collective bargaining agreement with no opt-out clauses.

“This is a long time coming, and football’s back,” NFL Commissioner Roger Goodell said at a press conference announcing the deal, “and that’s the great news for everybody.”

Training camps can open on Wednesday – the Browns will reportedly start on Friday – but no teams can be in pads until Saturday.

“I’m just glad it’s over. It feels like a weight has been lifted,” Browns linebacker Scott Fujita said in an e-mail to local media. “I’ve spent countless hours this off-season away from my family, working toward this agreement. To say I’m tired would be an understatement. I just want to move past this and enjoy these last few days with my wife and kids before I leave for training camp. It’ll be nice to join my teammates in Cleveland and get back to business as usual.”

If the NFL the greatest sport ever? We say yes it is!

2 thoughts on “The five greatest words in sports”