The best thing we’ve read in a long time 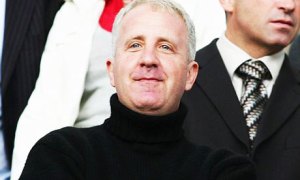 If you are only going to read one other item the rest of today (other than this site, of course), you would be hard pressed to find a better article than Vince Grzegorek’s interview with Cleveland Browns owner Randy Lerner in Scene magazine.

Over the course of five interviews Grzegorek got Lerner to open up about the Browns in a way that we’ve rarely seen.

A few items stand out from the piece:

The biggest takeaway is that Lerner wants to get this right and bring a winner to Cleveland. Just because he doesn’t need to feed his ego by constantly going in front of a group of reporters, like Jerry Jones or Dan Snyder, doesn’t mean he doesn’t care.

Many Browns fans have a hard time wrapping their head around that idea, but that’s there problem. Lerner gets criticized for way too many things that have nothing to do with the success of the Browns.

But after reading this article, it would be hard for fans to carry on with that fiction.