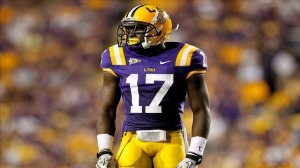 We are now less than two weeks until the start of the NFL Draft and the rumors, speculation and misdirection are flying hot and heavy.

The thought of making a trade on draft day to pick up extra picks certainly has to be attractive to general manager Tom Heckert as the Browns, coming off a 4-12 season that was preceded by consecutive 5-11 seasons, have more than their share of holes to fill on the roster.

Having said that, we can’t help but shake the feeling that this year’s draft is the time to get a potentially elite player to help the Browns get this mess turned around a little bit quicker rather than worrying about stockpiling picks to draft a bunch or really good players.