Are we all watching the same Browns game as everyone else? 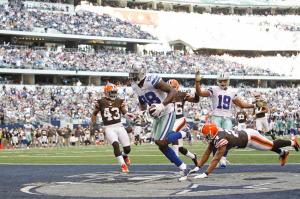 Another week and another loss for the “battling” Cleveland Browns.

For the fifth time this season, the Browns lost by seven points or less. That’s certainly better than 2009 and 2010, when Cleveland was losing games by 31 points, 28 points, 24 points and 32 points.

But does close really matter when you are 2-8? Are these close games a sign of a team that is (slowly) maturing? Or are they a team that can make just enough plays to stay close but can never make the play to win?

Some say quarterback Brandon Weeden is the problem; others say he’s going to be fine.

The whole thing has us terribly vexed.

The truth is out there somewhere, Browns fans, let’s see if we can start finding some answers at The Cleveland Fan.