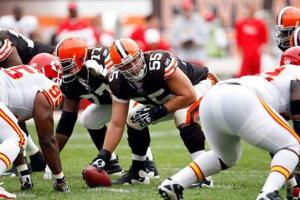 The Cleveland Browns return home on Sunday to face the Kansas City Chiefs and look for their first winning streak of more than two games since 2009.

Following wins against Pittsburgh and Oakland, the Browns are looking to continue a turnaround that has seen them go 4-3 after starting the year at 0-5.

It’s appropriate that this game is being played during the holiday season, as the Chiefs are bringing the ghosts of Cleveland Browns past with them to the stadium. With Romeo Crennel, Brian Daboll and Maurice Carthon on the sidelines, and Brady Quinn and Peyton Hillis (maybe) on the field, it will be a cornucopia of memories for everyone involved, we’re sure.