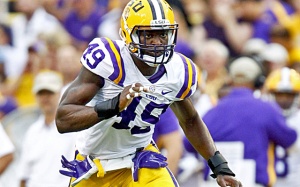 Today is the day that Cleveland Browns fans have been waiting for.

This will be the first draft for the team under CEO Joe Banner, the first draft with general manager Mike Lombardi in the building since 1996, and the first draft in franchise history where the owner is facing a federal investigation for his business practices.

In other words, just another day in Cleveland sports.

So what will the Browns do when they finally get on the clock at approximately 9:30 p.m.?

Your 2013 NFL Draft preview starts … now at The Cleveland Fan.