What is it we’re upset about again? 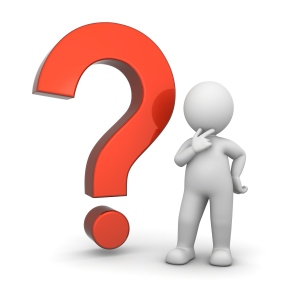 A few weeks ago we pointed out how it seems like everything that revolves around Cleveland sports is now a thing.

And the aftermath of Thursday night’s Game 7 of the NBA Finals is just the latest example.

After the Miami Heat won its second consecutive title, Cleveland Browns players Josh Gordon, Phil Taylor and Jabaal Sheard, among others, took to Twitter to celebrate.

And now, as Cleveland fans, we are supposed to be upset.

If the players in question were playing for the Cavs – who are in direct competition with Miami – then maybe we would be a little bit upset. But they play for the Browns; why should it matter if they root for the Heat? Just because we root for players wearing Cleveland uniforms doesn’t mean those same players have to carry the water for our fandom.

The players are also using Twitter and other forms of social media the same way everyone else is – to interact with their friends, their families and their peers. If some of their followers happen to be fans, that’s OK, but it doesn’t seem realistic for those same fans to expect the players to think the same way they do.

If Taylor and Sheard light up Ben Roethlisberger or Joe Flacco this fall, are we going to care that for one night they were happy that LeBron James and Miami won an NBA title? Of course not. If Gordon scores a touchdown to beat the Steelers this fall (once he is back from suspension; now that is something to be upset about), will we be upset that he said he’d like to ride on the Heat parade float? No.

There are so many things to be concerned about in Cleveland sports – can the Tribe hold it together and keep pace with Detroit? Can Brandon Weeden finally be the quarterback the Browns have been searching for since 1999? Will the Cavs make the right selection with the No. 1 overall pick in the upcoming NBA Draft?

Now, we certainly don’t mean to tell anyone how to feel. If you want to be angry over what Taylor, Gordon and Sheard put out on Twitter, then that is your prerogative as a fan.

But if you fall into that category, we want to leave you with a saying from Buddha:

“Holding on to anger is like grasping a hot coal with the intent of throwing it at someone else; you are the one who gets burned.”

Now ask yourself, if this something that is really worth burning yourself over?

2 thoughts on “What is it we’re upset about again?”