Liverpool need to take three points off Spurs on Sunday 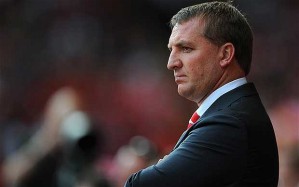 The heat is on Liverpool on Sunday when they take the pitch at White Heart Lane against Tottenham Hotspur.

Thanks to Manchester City’s win against Arsenal on Saturday, Liverpool has a chance to cut the Gunners lead to just two points. But with Chelsea and Everton also winning on Saturday, the Reds need to come home with three points against Spurs or run the risk of falling out of the top four.

That may be easier said than done for a squad that has taken just nine points in seven away matches this season. And Liverpool has lost six consecutive matches at White Hart Lane. However, Spurs have won just one of their last five league matches at home and have scored just seven goals in their past seven home games.

“You are asked different questions away from home and we just need to cut out the mistakes we make because it hasn’t been a case of teams opening us up – we have conceded disappointing goals or own goals,” Liverpool manager Brendan Rodgers said. “If we can cut that out, we know we have enough ammunition to get goals.

“We have made mistakes defensively. We own up to that. That has cost us goals, some of them cheap goals. It is swings and roundabouts because we won the first three games of this season 1-0 and people talked about our lack of goals – which I don’t think is something you can level at this team.

“Now we are scoring, it is about the clean sheets. In these types of games where it is tight, you have to make sure you don’t make mistakes. It was something last year that cost us in these big games where we were in front and made mistakes.”

Liverpool will have to make do the next few weeks without captain Steven Gerrard, who joins Daniel Sturridge on the sidelines with an injury.

In fact, Liverpool has rarely been at full strength this season either because of injuries or suspension, and it is a credit to Rodgers that he has the team challenging for a Champions League spot as the season nears the halfway mark.

In the absence of two of his better players, Rodgers may reach into his motivational back of tricks and give the captain’s armband to Luis Suárez on Sunday, which would certainly be interesting.

Suárez has been on his best behavior since the end of his 10-game suspension, scoring  15 goals in his last 11 matches, and the gesture would be a nice reward from Rodgers.

Excellent news this week as the U.S. Soccer Federation and national team coach Jurgen Klinsmann agreed on a four-year contract extension that will keep Klinsmann as coach through the next World Cup cycle. 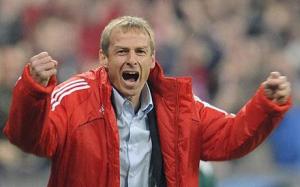 Since Klinsmann took over the team, the U.S. has won 27 matches, with seven draws, in 44 games. The team won this year’s Gold Cup competition (going 6-0-0 while giving up just three goals), finished first in the CONCACAF hexagonal to qualify for next summer’s World Cup in Brazil, and set single-year records for wins (16), consecutive wins (12) and winning percentage (.761).

“One of the reasons we hired Jurgen as our head coach was to advance the program forward and we’ve seen the initial stages of that happening on the field and also off the field in various areas,” U.S. Soccer President Sunil Gulati said. “In the past two years he has built a strong foundation from the senior team down to the youth teams and we want to continue to build upon that success.”

This is a smart move by U.S. Soccer and is one that is made as much for what Klinsmann has done as it is an investment in what he can do over the next four years.

The U.S. has a hard draw next summer in Brazil, one where even if they play well they may not advance past the group stage. By signing Klinsmann now, it takes away any thought that the team may lose its coach if things don’t go well in Brazil. Or that Klinsmann would be lured away if team makes a deep run.

Next summer could also very well be the last World Cup for team mainstays like Landon Donovan, Clint Dempsey and Tim Howard, meaning the U.S. needs a strong vision all the way down through the ranks to make sure the national team stays competitive past next summer, and Klinsmann certainly offers that vision.

Klinsmann has worked to create a philosophy for the U.S. Youth National Teams to follow, ensuring that everyone is rowing in the same direction. Keeping him in place for at least another four years will give those plans a chance to bear fruit.

“Jurgen is a unique coach with unique opportunities,” Gulati said. “We like what’s been happening with the program over the last couple of years. All of this doesn’t come down to one game and one missed shot or one save. Clearly the World Cup is extraordinarily important and it’s the measure of where we are. But it’s not the only thing and the only way we measure ourselves.”