We’ve been doing the fan thing wrong all these years 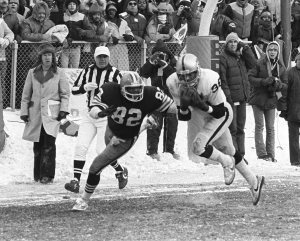 It hasn’t been easy, of course. And looking back over the decades, the level of sub-par play from the local sports teams has, if we’re being honest, rather depressing more often than not.

Consider that, in our lifetime:

It turns out, though, that if one of the local teams actually gets its act together and puts together a championship-winning season, we will look back on these decades of futility as the best of times in Cleveland sports history. Why? Because we were not weighed down as fans by the burden of rooting for a championship team.

At least that is what Ron Borges at The Boston Herald would have people believe, who’s article about the Boston Red Sox honoring the 2004 championship team is a reminder to fans about how everything was so much better when the Red Sox, Patriots and Celtics were routinely not in contention for a championship on an annual basis. (h/t to @PatriotsSB49)

“We were about curses and cursing. We were about oops and almost. We were about too many men on the ice, too many Bears in our face, too many Yankees in our path, too many Johnsons and Jordans. … Our teams won less, but looking back, it seemed more fun. Less obsessive, more accepting. Second place wasn’t a disaster or a personal affront to your loyalty. … There were complaints, sure, but there also was a sense of stoic Puritanism about rooting for teams that always came up short that has dissolved into a whining din about the latest catastrophe.”

While there is a certain charm, we suppose, about being able to utter phrases like Red Right 88, The Drive, The Shot or Jose Mesa to a fellow Cleveland and know they understand perfectly what you mean without further explanation. Collectively, that is all part of what makes Cleveland fans some of the best in the business.

We’re not so sure about that one.