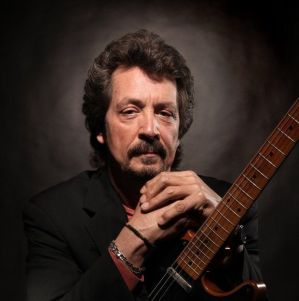 On Friday night we and the missus joined some friends for a concert at the Rocksino in Northfield featuring Michael Stanley and the Resonators along with Donnie Iris and the Cruisers.

This was our first visit to the venue since they added gaming to the old Northfield Park harness track and it was … interesting. When you first walk in the door it sounds and smells exactly like a casino. (Anyone who has ever been to Las Vegas knows what we mean.)

Things get a bit disorienting, however, as you weave your way through a sea of seemingly endless slot machines, complete with people slumped over and staring vacantly at the colorful video screens, because you never come across a sports book or any gaming tables.

Once we entered the concert area things took a turn for the better. The venue is big enough that you feel like you are at an event, but small enough that you have the experience of being at an intimate event.

Donnie Iris opened with an enjoyable 50-minute set that revealed one thing to us: we’re expecting that we will still be mentally sharp at age 71, but there is no way we’re going to be rocking out on a stage at that age, which is exactly what the 71-year-old Iris was doing.

As for Michael Stanley, the longtime Cleveland favorite showed that he still knows what to do once he straps on a guitar and steps up to the microphone. During a two-hour show that featured a healthy dose of the songs that made the Michael Stanley Band a Cleveland institution, Stanley entertained and delivered exactly what the sold-out audience was looking for: a night of fun and a trip back in time.

When the opening chords of Midwest Midnight echoed across the hall it was so easy to close your eyes and suddenly feel like you were 20 again, sitting on a blanket at Blossom on one of those beautiful Ohio summer nights. That’s part of what makes music so special – no matter where you are or what you are going through in your life, the right song at the right moment can take you back to a special place or time.

Seeing Stanley again in concert also brings up all the unanswered questions about why the Michael Stanley Band were never able to gain a national presence, but that’s a discussion for another day.

For now, spending the evening with some old friends – and temporarily being transported back in time – made for a perfect time.

In his tribute to Cleveland, My Town, Stanley sings about how “This old town’s been home long as I remember. This town’s gonna be here long after I’m gone.”

That’s the way we feel about Stanley – it’s hard to remember a time when his music wasn’t part of our life. So thank you, Michael, for being a part of Cleveland and a part of our musical lives all these years.

And if you have the opportunity to catch Stanley in concert go for it. You won’t be disappointed.