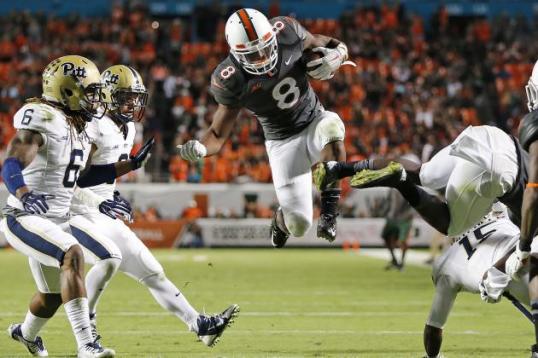 The Cleveland Browns have a long and productive history of incorporating running backs into the passing game.

But the team has lost its way in recent years when it comes to throwing the ball to their running backs, bottoming out last season as Terrance West, Isaiah Crowell and Ben Tate (before he was released) combined to catch just 29 passes. Overall, the running backs were last in the NFL trailing, 12 receptions behind San Francisco. In addition, West was the only running back to catch a touchdown pass and he only did that once.

But that looks to be changing under first-year offensive coordinator John DeFilippo, who wants to return the running backs to the passing game.

See what DeFilippo has in store in our latest post at Dawg Pound Daily.