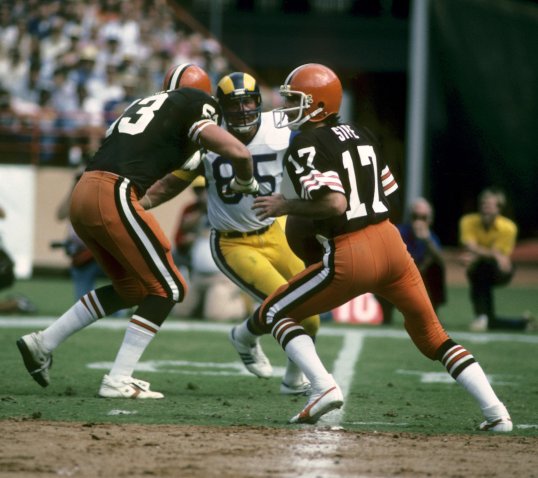 With the Cleveland Browns set to embark on the first of four preseason friendlies in preparation for the 2015 NFL season, the annual quarterback conundrum surrounds the team.

Josh McCown is the starter, Johnny Manziel is the backup. And if that doesn’t fill Browns fans with joy and enthusiasm, is it a familiar feeling as the team has been searching for a quarterback since Nov. 8, 1993.

The team’s continuing struggles to fill what many consider the most important position on the team is baffling, especially when you consider the franchise’s history.

Otto Graham set the unbeatable gold standard for quarterback play, taking the Browns to 10 title games (and winning seven) during his 10-year career. Frank Ryan led the Browns to their last NFL title in 1964, Bill Nelsen went to the playoffs three times in his four years as the starter, Brian Sipe posted some memorable days along the lakefront, and Bernie Kosar passed the Browns to three AFC Championship Games.

In that spirit, here are the Top 10 passing games in franchise history, as ranked by Jonathan Knight’s 2013 book, The Browns Bible. Knight chose the games based on the highest passer rating posted by the quarterback, as long as they had a minimum of 15 pass attempts in the game. (Which is why Ryan’s game in the season finale of 1964 did not make the list.)

The full top 10 is available in our latest post at Dawg Pound Daily.