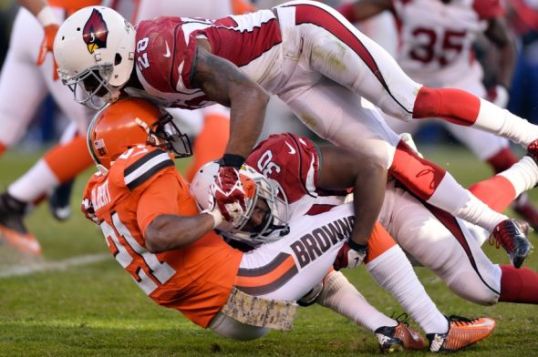 With so much focus falling on quarterback Johnny Manziel, cornerback Justin Gilbert has flown a bit under the radar.

While not as spectacular a failure as Manziel, Gilbert has been every bit as much of a bust after two years in the NFL as Manziel.

Manziel’s time in Cleveland will be coming to an end next week when the new NFL league year begins and the Browns can release him, but Gilbert may have one more opportunity to salvage his career in Cleveland.

Of course, as it has been since the beginning, it is up to Gilbert to want it.

To find out the latest, check out our post at Dawg Pound Daily.