Cleveland is title town once again! 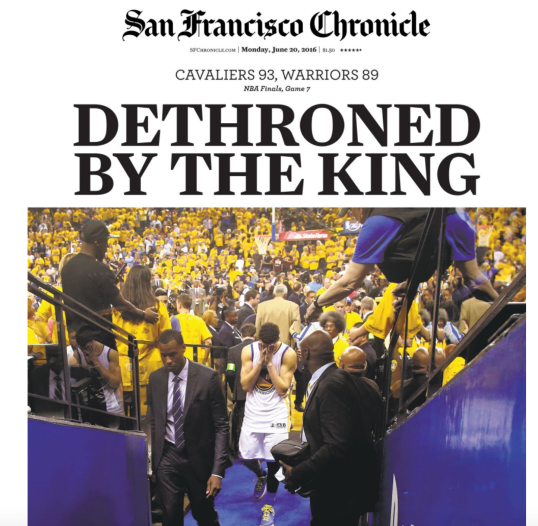 We had planned to write something following the Cleveland Cavaliers claiming the first title in franchise history – and the first in Cleveland since 1964 – but, frankly, the game was so exhausting we had nothing left on Sunday night.

Then the plan was to do something during the day today, but it is still hard to put the emotions into words as we honestly had started to doubt if we would ever see the day that a Cleveland team won a championship.

We’ve been there for just about every disappointment since the Cleveland Browns won the city’s last title in 1964. The Miracle of Richfield that broke along with Jim Chones’ foot. Red Right 88. The AFC Championship Game losses to the Denver Broncos. The playoff frustrations against the Chicago Bulls. Game 7 of the 1997 World Series.

All of it bad. Until last night.

That got us to thinking that this is one of those events where maybe words simply can’t do it justice.

This is the scene outside of LeBron's home in Akron, and what happens when a superstar wins for where he's from pic.twitter.com/vJVLtx0Ue1

So, there is really only one thing left to say. From all of Cleveland to everyone on the Cavs: