Archive for the tag “Desmond Bryant”

Browns continue to add talent and depth to the defense 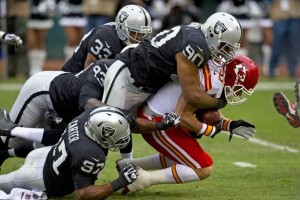 The moves mean the Browns currently have a six-man rotation on the defensive line where the oldest player is the 27-year-old Bryant, and a six-man linebacker group where the 30-year-old Groves is the oldest.

Not a bad start for the first two-days of free agency for CEO Joe Banner and head coach Rob Chudzinski.