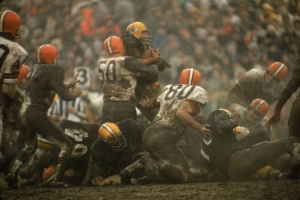 The Cleveland Browns hit the road on Sunday for Green Bay to take on the Packers in the first of two games away from home.

The Browns are coming off a frustrating loss to Detroit that broke a three-game winning streak, while the Packers come home after doing something the Browns have never done – beat the Baltimore Ravens with Joe Flacco at quarterback. The Packers are also looking for their 11th consecutive home win.

Speaking of quarterbacks, Brandon Weeden is back for another week as the Browns starter and is looking to break a five-game losing streak as the starting quarterback.

We break it all down in our preview at The Cleveland Fan.