Did the Indians choose wisely in their latest pitching deal? 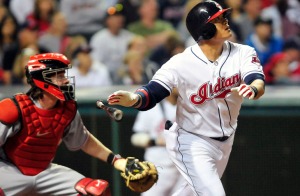 When it was all done and dusted, the Tribe ended up with pitchers Trevor Bauer (the third overall pick in the 2011 draft), Matt Albers and Bryan Shaw from Arizona, along with center field Drew Stubbs from the Reds.

The Indians have received almost universal approval for the deal – ESPN’s Buster Olney referred to the deal as “stunning” – but when one team is presented as clearly being on the “winning” side of a trade, it gives us pause.

And there are still a lot of questions surrounding the players the Indians received in return, even if the team wants fans to believe otherwise.