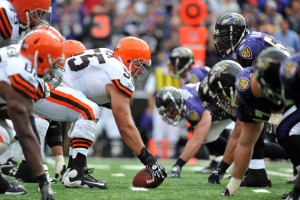 The Cleveland Browns travel to Baltimore on Sunday to take on the Ravens.

It will be the home opener for Baltimore, which means they will be unveiling their Super Bowl banner and celebrating last season’s victory in front of the home fans.

Yeah, that’s going to be a laugh riot for the Browns.

Barring something strange happening, one of these teams will walk out of the stadium on Sunday with an 0-2 record on the season.

There are certainly ways that we can see the Browns pulling out a win against Baltimore – but it is not going to be easy.

Let’s try to figure it out as our game preview starts … now at The Cleveland Fan.