The Kent State men’s basketball teams has reclaimed its rightful place as the best in the Mid-American Conference after Saturday’s road win against Ohio University.

The victory earned the Golden Flashes a sweep of the season series with the Bobcats and, coupled with Bowling Green’s loss, puts Kent State at the top of the East Division standings. The Golden Flashes are also tied with Central Michigan and Toledo for the best conference record at 10-4.

Senior Devareaux Manley hit five three-pointers on Saturday to move into second place on the school’s all-time three-point list with 211, and he is just one away from tying the school’s single-season record of 89 set by Randal Holt two years ago.

The win puts the Golden Flashes at 19-8 on the season and leaves them just one win away from their 15th 20-win season in the past 17 years. They are currently just one of 20 Division I programs to have won 20 or more games 14 times in the past 16 seasons.

Kent will be back in action Tuesday night when they go for a season sweep of Miami University. The Golden Flashes have only swept both Ohio and Miami in the same season twice — in 2002 and 2006 – and both those years Kent won the conference’s regular-season and tournament titles. 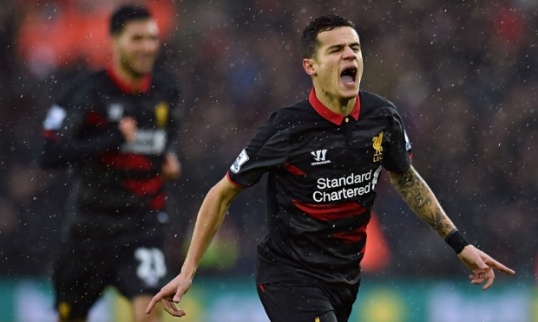 Liverpool continued to close the gap in their pursuit of a top-four spot on Sunday, beating Southampton by a score of 2-0.

Philippe Coutinho opened the scoring with a sweet 30-foot shot that caught just enough of the crossbar to land in goal, and Raheem Sterling booked the three points with a goal at the 73-minute mark.

“There might have been anxiety at the beginning of the season ahead of games like (today), given how we were playing at the time, but we can relish every match we play now,” manager Brendan Rodgers told The Guardian. “For us this was a big step. To go three points behind Arsenal, considering the start we had … that shows the consistency we have found. We’ll use the experience of last year in the run-in, when we just missed out (on the title). Hopefully we can keep the focus and mentality and the performance levels.

“It’s still about taking small steps. The first period of this season was nothing like what we’ve been during my time at the club. We had to find a solution, so we restructured the team, organised it in a different way to get that solidity back and the players’ response has been magnificent. This was a huge win.”

With matches against Manchester City, Manchester United and Arsenal over the next five weeks, Liverpool is getting hot at just the right time.

And the rest of the Premier League is getting worried.

As we all know by now the Cleveland Browns are set to debut a new logo on Tuesday as part of the franchise’s rebranding project that will include new uniforms for the upcoming season.

We’ve tried to stay calm about the whole situation as whatever logo the Browns use will have no impact on the on-field product. After all, the late 1980s were the last good times for the franchise and the branding at that time was pretty weak as you can see by the above photo. (We never understood that oddly tilted helmet patch.)

The Browns once had one of the greatest logos in sports in Brownie the Elf but, like many things, former owner Art Modell screwed that up by phasing poor Brownie out during the 1960s. Brownie has had a bit of a resurgence in recent years and we were hopeful his time had come (imagine how sweet a giant elf would look at midfield of First Energy Stadium) but that doesn’t seem to be part of the new plan.

We would love it if the team would finally move away from the Dawg images and icons as they really don’t have anything to do with the franchise. The entire Dawg persona came about organically in the 1980s (a time when people didn’t use the phrase “organically”) and it has always felt like the reborn team has been trying to force the Dawg images on the fans in an attempt to connect the “new” Browns with the original ones. (Although the Dawg is still light years better than the block B over the football.)

We’re far more concerned about what the new uniforms are going to look like, although it is reassuring that there will reportedly not be a logo slapped onto the helmet. In any event, that’s a discussion for when the new uniforms are debuted, most likely around the NFL Draft.

For more on the subject, be sure to check out this article from Todd Radom in the Sporting News. Radom brings a unique perspective as he was commissioned by the NFL  in 2003 to create the current bulldog logo the Browns have used. (h/t to @illstr8r for the story link.) 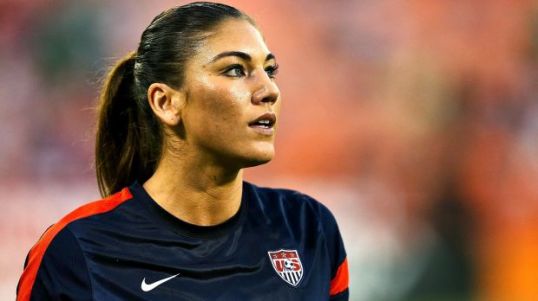 Good news for the U.S. Women’s National Team as goalkeeper Hope Solo has been reinstated to the squad for next month’s Algarve Cup.

Solo has been out of action while serving a 30-game suspension after her husband, former NFL player Jerramy Stevens, was arrested for driving under the influence. Solo was with Stevens when they were stopped while Stevens was driving a team van.

“The situation warranted a consequence, and we thought it was reasonable,” head coach Jill Ellis said in announcing Solo’s return to the squad. “This is important for us to be able to focus the players that we have on these games and then allow Hope some time to sort of reflect on some things.”

The Algarve Cup should help Solo get in form for this summer’s World Cup and the team definitely needs her in goal.

More importantly, maybey the time away helped Solo start to get her life together. It’s hard to see someone talented have their career derailed by demons (as we’ve seen with Josh Gordon) and Solo keeps finding herself falling into that category. Earlier this year, a judge dismissed two misdemeanor counts of domestic violence against her from an altercation with her half-sister and 17-year-old nephew at a party last summer.

Hopefully the next time we see Solo’s name in a headline it is because of her on-field exploits, rather than for another trip through the legal system.