As the man who followed the man, Blanton Collier is probably a bit under-rated as an NFL head coach. Almost 45 years after coaching his last game, Collier is still seventh all-time in winning percentage (.672). He also helped deliver Cleveland’s last championship and, in the process, cemented the Browns as the city’s undisputed No. 1 team, a fact that continues to bother some people.

Finally, there is Marty Schottenheimer, who despite not winning a Super Bowl oversaw that last good times for the Browns.

On the hardwood, Lenny Wilkens is the gold standard for Cavs’ coaches. Wilkens won a title before coming to Cleveland – just like Bill Fitch won one after he left Cleveland because of course — and still holds the franchise record for most victories with 316. While he had his problems at the end of his tenure in Cleveland, Wilkens’ teams were so much fun to watch and it’s not his fault that he coached the Cavs when Michael Jordan owned the league.

Many will disagree, but Mike Brown was also a solid, if under-appreciated, coach. LeBron James is credited with taking the Cavs to an NBA title and consecutive 60-win seasons with a subpar supporting cast, but it was Brown who was putting the pieces together and trying to maximize what talent there was on the roster.

When it comes to the Tribe, Al Lopez and Mike Hargrove are the standard bearers. (What? You thought we were going to say Ken Aspromonte?) 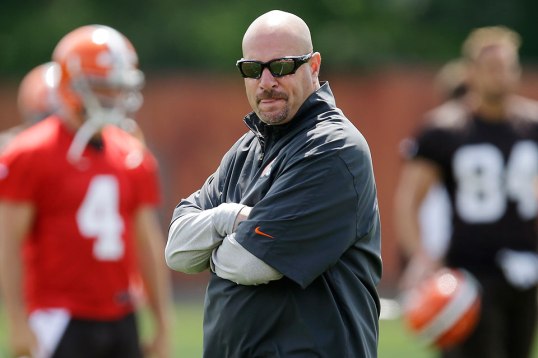 Does this look like someone who is not committed to getting the job done?

Lopez is still tops in winning percentage in franchise history (if you don’t count the three managers before him who managed three games or less) and led the Tribe to five second-place finishes and a World Series from 1951 to 1956.

Hargrove is third on the winning-percentage list and won five consecutive division titles and two American League pennants in his eight full seasons as the Tribe’s manager.

So while we’ve had our share to talented people in charge on game day, we’ve never had them in town all at the same time.

David Blatt with the Cavs, Mike Pettine with the Browns and Terry Francona with the Indians may collectively be the best triumvirate this town has ever had at the same time.

We’ve loved the Blatt hiring from the moment it was announced. The fact that the Cavs were willing to take a chance on a coach that had made his mark in Europe, rather than hiring a retread or making the mistake of hiring a college coach, was a step in the right direction.

The Cavs and Blatt struggled early on, but after a midseason roster makeover and subsequent 20 wins over the past 24 games, and the Cavs have turned into a team that no one is going to want to play come the playoffs.

Speaking of the playoffs, while it will be the first time that Blatt (along with key players Kyrie Irving and Kevin Love) will be in the NBA postseason, after winning titles in Europe and coaching in the Olympics, we’re confident that the moment will not be too big for Blatt.

Even though his first season ended with a five-game losing streak, we’ve never felt better about the Browns’ coaching situation since Schottenheimer was in town.

Pettine never used the team’s growing injury list during the season as an excuse, dealt with team problems in a sensible and professional manner, and managed the Brian Hoyer/Johnny Manziel quarterback situation about as good as could be expected. 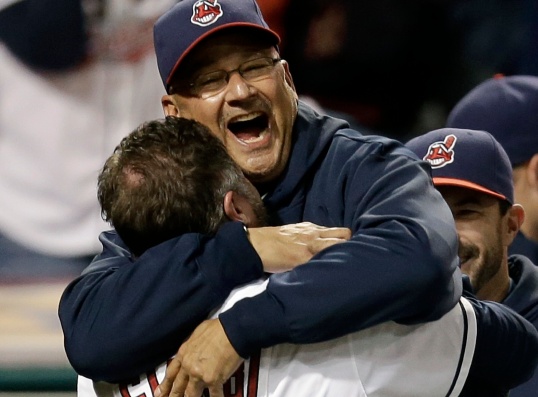 Terry Francona has brought the fun back to Tribe Town.

Pettine also comes across as a coach who is main priority is doing whatever it takes to win and doesn’t come across as a coach with any other agenda. Given time and a little bit of luck, Pettine seems up to the task of finally turning the Browns around.

We had our doubts when he came to Cleveland as we wondered why, if he could work anywhere, would he choose the Tribe?

But in his two years in the dugout Francona has seemingly pushed every correct button, has the Tribe playing entertaining baseball and, most importantly, helped the team be a contender.

The Indians are never going to have the money to compete with Detroit, but there is no doubt that Francona gives the Tribe an advantage over Detroit, Kansas City, Minnesota and Chicago as he is clearly the best manager in the division.

Sure, we never understood Francona’s infatuation with Jason Giambi, but at least giving Giambi four at-bats once a week was less detrimental than seeing Matthew Dellavedova get 42 minutes in a game. And now that Giambi has retired, maybe Francona can get Nick Swisher into Giambi’s former “stay out of the way and don’t do anything” role.

It may not always be reflected in the standings, but as Cleveland fans we could do a lot worse than Blatt, Pettine and Francona. (And have — repeatedly — over the years.)

*With the way the Cavs have been playing the past few months, every time they step on the court they get one day closer to possibly ending the streak come June.