Archive for the tag “Terry Francona”

END_OF_DOCUMENT_TOKEN_TO_BE_REPLACED

Tribe keeps holding out for a hero 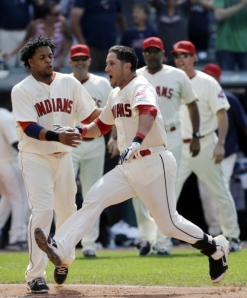 Another day, another improbable win from the Cleveland Indians, who apparently don’t remember what it’s like to lose a game.

On Monday it was Yan Gomes, who hit a three-run home run in the bottom of the 10th (yeah, like everyone saw that one coming) to lift the Tribe over Seattle. It was the Indians 18th win in their last 22 games, their fifth consecutive victory, their first four-game sweep of Seattle since 1981 and the third time in the four-game series that they beat the Mariners in their final at-bat.

According to ESPN Stats & Information, the last time the Tribe had three walk-off wins in a four-day span was 1992 against Kansas City. In that series against the Royals, Carlos Baerga had a 14th-inning sacrifice fly, Junior Ortiz had a game-winning single and Baerga had a walk-off home run.

END_OF_DOCUMENT_TOKEN_TO_BE_REPLACED

When it comes to the Indians, it’s all just a matter of trust 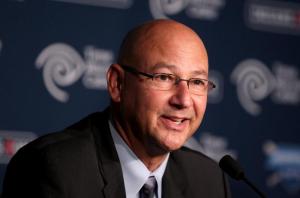 The Cleveland Indians made it official on Monday, naming Terry Francona as the 42nd manager in team history, which raises two questions.

First, if you could manage any team in Major League Baseball, why would you choose the Indians?

Second, does this really change anything for the Indians?

The Indians say they trust Francona is the right man for the job. Francona says he trusts that the front office has his back. The team is asking its fans to trust that it knows what it is doing.

But in a sports town like Cleveland, where fans have been living on hopes and dreams since 1964, is that too much of an ask?

Find out at The Cleveland Fan.