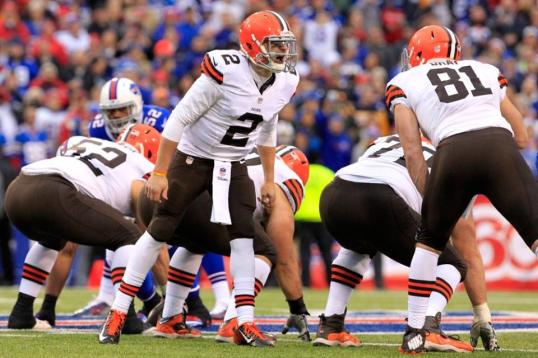 If there is any fanbase in the NFL that is intimately familiar with backup quarterbacks, it is those of the Cleveland Browns.

The Browns have not had a quarterback make 16 starts in a season since Tim Couch in 2001 – and he was the first one to do it since Bernie Kosar in 1991.

The problem is not confined to Cleveland, or course, as 54 different quarterbacks started games in 2014, but with the Browns being at the forefront of the multiple-quarterback movement, it does on added importance around these parts.

Which brings us to second-year quarterback Johnny Manziel, who was ranked next-to-last among backup quarterbacks by NFL.com.

To see what it all means, check out our post at Dawg Pound Daily.