Browns trying to carve out a role for Justin Gilbert 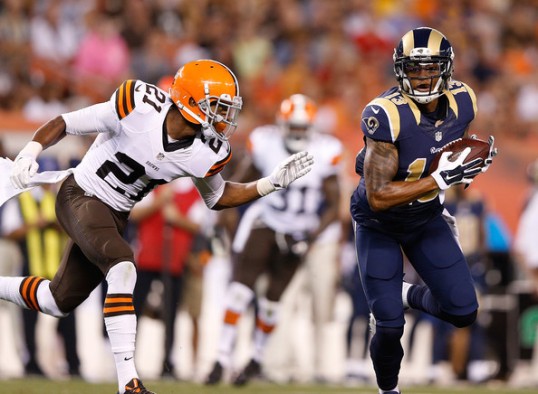 It is safe to say that the first 20 games of Justin Gilbert’s NFL career have not gone the way that anyone expected.

Gilbert, the eighth-overall selection in the 2014 NFL Draft, struggled to such an extent as a rookie that not only could he not unseat Buster Skrine, one of the most-penalized cornerbacks in the league, he continually lost playing time to Pierre Desir (a fourth-round pick) and K’Waun Williams (an undrafted free agent).

By the end of the season it was easy to forget that Gilbert was even still on the roster.

To their credit, the coaching staff is not giving up on Gilbert and are continuing to try to find a role where he can contribute to the team, since he seems unable to do it at cornerback.

To learn more about what the Browns have in store for Gilbert, visit our latest post at Dawg Pound Daily.