Archive for the category “racism” 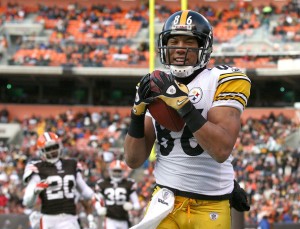 As the Pittsburgh Steelers continue to cut players and restructure contracts to try and get under the NFL salary cap before free agency begins on March 13, the team may have an unexpected move up its sleeve.

According to NFL Network’s Jason La Canfora, the Steelers may release Hines Ward, a 14-year veteran at wide receiver.

Ward was the third wide receiver last year behind Mike Wallace and Antonio Brown, and put up his lowest receiving numbers since his rookie season – 46 receptions for 381 yards and two touchdowns (basically he was Mohamed Massaquoi).

If the report is true and the Steelers release Ward before his March 1 roster bonus is due, should the Browns take a look at bringing Ward to town? While his best days are clearly behind him, the thought of Ward joining the Browns in a mentoring role is, we have to admit, intriguing.

Ward knows how to play the game, he knows the other teams in the AFC North, and there’s little doubt he could teach Greg Little, Massaquoi, Carlton Mitchell and Jordan Norwood some important lessons about playing wide receiver at the NFL level.

END_OF_DOCUMENT_TOKEN_TO_BE_REPLACED 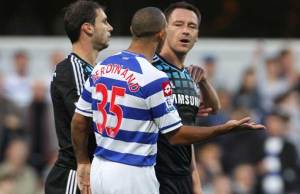 Shocking news this week out of England as Fabio Capello resigned as manager of the national team just four months before the start of the Euro 2012 tournament.

Capello got into a row with The Football Association, England’s governing body, over the group’s decision to strip John Terry of the captain’s band while a court of law determines if Terry is guilty of racially abusing Anton Ferdinand, a player on Queens Park Rangers.

“They [the FA] really insulted me and damaged my authority,” Capello told the Italpress news agency. “What really hit me and forced me to take this decision was the fact the much-vaunted Anglo-Saxon sense of justice, as they are the first to claim that everyone is innocent until proven guilty.

“In Terry’s case, they gravely offended me and damaged my authority at the head of the England side, effectively creating a problem for the squad. I have never tolerated certain crossing of lines, so it was easy for me to spot it and take my decision to leave.”

This isn’t the first time Terry has been stripped of the captain’s band (and really, why is he still captain in the first place?) as Capello himself took away the honor before the 2010 World Cup because Terry allegedly had an affair with the ex-girlfriend of teammate Wayne Bridge, who then quit the national team. (Why are our scandals in America so less scandalous?)