Archive for the tag “Jordan Henderson” 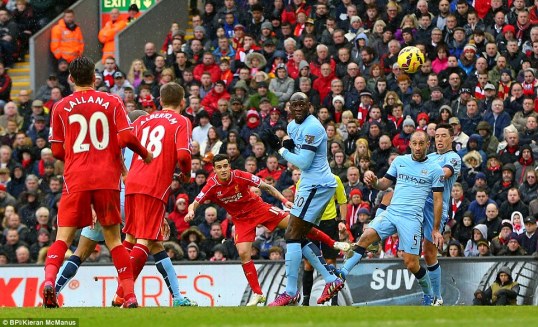 Dude, how good is Philippe Coutinho?

We were left wondering that Sunday morning after Coutinho stuck it to Manchester City for the second consecutive, striking the winning goal in Liverpool’s 2-1 defeat of City. He also set up Jordan Henderson’s opening goal, one that was almost as pretty is Coutinho’s game winner. (And the fact that both goals came at the expense of defender Vincent Kompany should offer fans of the U.S. Men’s team a measure of satisfaction.)

In case you missed Coutinho’s goal in his last seven matches, we’ve got you covered.

“(Philippe) is a very selfless player and a very humble young guy who would rather create for others,” manager Brendan Rodgers told The Guardian. We are encouraging him to shoot more often. He has a wonderful body movement around the box, he doesn’t need many touches to shift it and shoot, as you saw with the phenomenal shot to beat Joe Hart at that angle. His technique is at a high level so he is going to score more goals. He is now arriving into the right areas more often. He is starting to get success and that encourages him to shoot more.”