Ravens try to give away game, Browns say no thanks 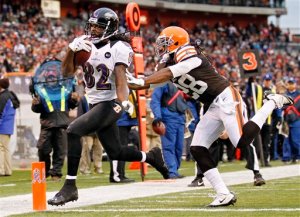 It was there for the taking on Sunday against the Baltimore Ravens.

The Cleveland Browns just don’t yet know how to take it.

The Browns squandered a golden opportunity to get their first win in 10 tries against the Ravens, extend their home winning streak to three games, and go into the bye week having won three-of-four games.