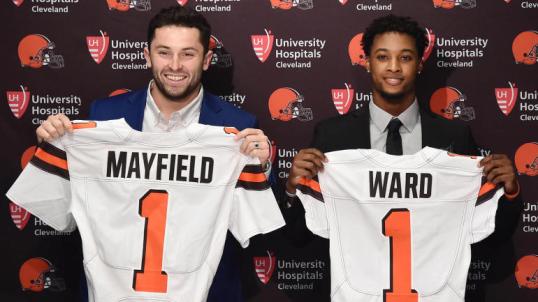 The Cleveland Browns kept busy over the past three days as the team navigated its way through the 2018 NFL Draft.

Starting with the very first selection of the draft – quarterback Baker Mayfield – and continuing through the team’s final selection – defensive back Simeon Thomas in the sixth round – general manager John Dorsey continued to reshape the roster.

As is always the case with team and their draft picks, head coach Hue Jackson believes the Browns got the job done, according to the team’s website:

The completion of the NFL Draft brings the heavy lifting of the offseason to a close. With that in mind, let’s take a look at four takeaways from the revamped Browns roster. 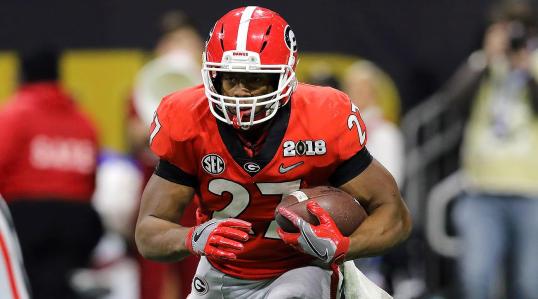 The Browns have struggled to score points for the past decade as the offense has only surpassed 300 total points in a season twice since 2007. (And even then they barely average 19 points a game.)

The situation has grown worse the past two years with head coach Hue Jackson running his offense as the Browns have dropped to an average of 15.5 points per game.

That number should see a nice boost come the fall, thanks to a combination of some fresh ideas from offensive coordinator Todd Haley and some fresh faces on offense.

Chubb, Hyde and Duke Johnson, one of the team’s best playmakers, have the potential to be the best backfield the team has employed since they heyday of Kevin Mack and Earnest Byner.

The wide receiver group also looks very strong on paper, with the addition of Jarvis Landry (free agency), the hope that Josh Gordon and Corey Coleman can be on the field for a full 16 games, and that fourth-round selection Antonio Callaway can stay away from trouble. (And we didn’t even get into the jump that tight end David Njoku should take in his second season.)

Just who will be running the offense from the quarterback position still needs to be worked out, but if everything comes together this is an offense that, when everything is working, can give opposing defenses a problem.

On defense, all the pieces matter

The Browns may not have picked up a difference-maker like defensive end Bradley Chubb in the draft, but that doesn’t mean that Dorsey failed to improve the defense.

Cornerback Denzel Ward, the No. 4 overall selection, is the corner piece of a rebuilt secondary that now includes T.J. Carrie, Justin Currie, and E.J. Gaines, along with incumbents Briean Boddy-Calhoun, Jabrill Peppers and Derrick Kindred.

In the words of the wise Lester Freamon: “All the pieces matter.”

Time to stop the narratives

From the moment he was hired, general manager John Dorsey was lauded as a “football man” who will use “old-school” methods to fix what ails the Browns.

The majority of those who were pushing that narrative believe that the NFL has not evolved since 1985 and simply refuse to accept that every team in the league uses analytics.

Dorsey basically put that one to rest around 8:20 p.m. on Thursday with the selection of Mayfield, a quarterback who checks every mark on the analytics checklist and has sent the old guard into a tizzy as they can’t grasp that Dorsey is actually willing to build a team the same way as the New England Patriots, Green Bay Packers, Philadelphia Eagles and Pittsburgh Steelers, just to name a few.

A second narrative took shape in the opening rounds of the draft that Dorsey was selecting players in an attempt to “change the culture” of the Browns.

That was a bit silly to begin with seeing as how Dorsey willingly traded for and then handed a contract extension to Landry, who the Miami Dolphins were happy to get rid of as part of their “culture change,” and that the Browns have embraced Gordon despite his numerous off-the-field issues.

The storyline really became absurd on Saturday as Dorsey selected Callaway, who has a lengthy list of issues from his college days at Florida, and Thomas, who had his own set of issues at Louisiana-Lafayette.

It is time to stop bending over backwards to glorify Dorsey or turn him into something that he is not, which is a general manager just like everyone else in the NFL. He has shown a willingness to take a chance on players in the name of winning. Sometimes they will work, other times they will not.

So maybe let’s cool it with the rest?

Hue Jackson is out of excuses

Head coach Hue Jackson has spent as much time finding someone to blame for the team’s failures the past two seasons as he has trying to actually win a game, something that seems like it should be his top priority.

Those days are over, however, given all the changes to the roster, especially on offense.

It is foolish to believe the Browns will go from 0-16 to a playoff spot in one season – especially since the team routinely goes 1-5 or 2-4 within the division – but five or six wins, along with a handful of close losses, should not be too much to expect.

If the season does not play out that way, however, Jackson is going to learn a valuable lesson the hard way.

Namely that, if you are constantly pointing fingers at everyone else for your mistakes, eventually you will be the only left and the finger of blame will be pointing at you.

(Photos via CBS Sports, SI.com and The Sporting News)